Frank Varela attended Berklee School of Music and has been a private music instructor throughout the life of his career. He has also taught as a lecturer at the University of Connecticut and Manchester Community College in addition to his after school guitar program for the South Windsor Recreation Department.

Frank is also an accomplished guitar player and composer. Early on he was awarded a scholarship from the National Endowment for the Arts. His work has been favorably reviewed in nationally renowned “Jazz Improv” Magazine and he has played and composed music for six published CD recordings including 2 Mystery Feet CD’s. The first one, entitled “Walk the Walk” includes performances with jazz guitar great Larry Coryell. Frank also had the opportunity to record with drummers Lenny White (Miles Davis, Chick Corea) and Joel Rosenblatt (SpyroGyra) on the latest release entitled “Upstream”.

Frank has also performed and recorded with such greats as Jimmy McGriff, Max Roach, Tony Trischka, Bill Keith and Windham Hill Grammy winner, violinist, Darol Anger. He is currently working on a recording under his own name entitled “2 Sides to every story”.

Frank Varela also has a solo DVD, “Rare Footage” where he plays guitar and bass simultaneously.

Ben Corbitt is a locally grown and accomplished guitarist/songwriter/artist from Vernon, CT. With over 15 years of experience, Ben focuses on taking the essential elements of music’s fundamentals and helping each student integrate them coherently and efficiently into their musical lives. From aspiring professionals to casual hobbyists, Ben works to find a way to personalize each lesson and effectively targets each student’s needs based on skill level, musical interests and personal goals.

Ben has also achieved academic success as a student of Classic and Contemporary Music Studies. In 2010, Ben received his “A.A. in Music Studies” from Manchester Community College, one of the top five highest ranked community colleges in the country. In addition to receiving his formal degree, he also received additional academic accolades in the form of MCC’s “Certificate of Achievement in Music Studies” and the “Mickey Albrezio Music and Fine Arts Scholarship”. After MCC, Ben moved to Hollywood, CA to one of this country’s premiere Contemporary Music Colleges, Musician’s Institute. During his year of attendance, Ben studied guitar performance, music business, and independent artistry. 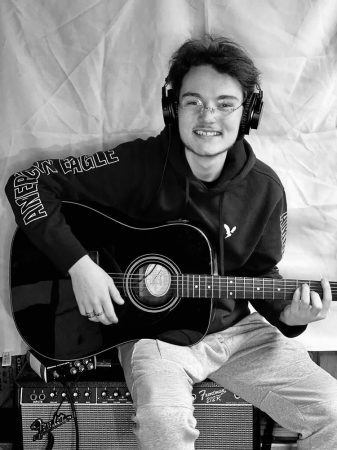 Greg Sheffield has been involved in music in various capacities all his life, be it in his elementary school chorus or taking the helm of his high school’s Modern Band in his senior year. Performing under the name ‘RockGati’, he has released a multitude of popular, self-produced albums within the Connecticut music scene. Greg’s original songs have been played on college radio stations and have been performed at the Webster Theater in Hartford-all before his 18th birthday. His first job was as a guitar instructor at the Boys and Girls Club of Greater Westfield, MA when he was 14, and he has taught privately ever since. But not just guitar! In addition to guitar, Greg plays the piano, drums, bass, sitar and is also proficient in music theory.

Dan Liparini is a guitarist, composer and educator based in West Hartford, CT. He is a 2013 graduate of the Jackie McClean Institute at the Hartt School of Music, where he studied Jazz Guitar and Composition.
Dan has taught private lessons for the last ten years, and has experience teaching a variety of genres of music. In addition to guitar he also teaches electric bass, ukulele, mandolin and composition/ songwriting. He has been a faculty member of the Litchfield Jazz Camp since 2017, and from 2014-2018 taught guitar classes at Avon Old Farms School, where he still teaches private lessons.
As a bandleader leader and a sideman he has performed at venues and music festivals across the region such as the Sidedoor Jazz Club, Infinity Music Hall, Daryl’s House Club, The Hartford Festival of Jazz, Talcott Mountain Music Festival and Northampton Jazz Festival. “Tessellations”, his debut album as a leader, will be released this August. He is also a member of the New Haven based Americans band Goodnight Blue Moon.
Dan has also been a pit musician in a number of musical productions around Connecticut, including shows at Ivoryton Playhouse, Western Connecticut State University and the Coast Guard Academy.
Sean Rubin (bass + guitar)

Sean is a regionally recognized producer, multi-instrumentalist, songwriter and composer. His work can be heard through on countless projects he creates and participates in each year. Examples include serving as a composer and dance accompanist for the HARTT SCHOOL and TRINITY COLLEGE, as a songwriter and instrumental musician under his own name, bassist and singer for nationally touring band BRONZE RADIO RETURN, as co-producer/band-member of New Haven folk band GOODNIGHT BLUE MOON as well as a pit musician for some of the most celebrated theaters in the northeast (THEATERWORKS, LONG WHARF THEATER, GOODSPEED OPERA COMPANY, ROUNDABOUT THEATER COMPANY).

Sean graduated from THE HARTT SCHOOL with highest honors in 2012 in double bass performance. In his final year, he was a member of the university’s premiere chamber ensemble 20/20. Upon graduation, Sean focused his creative energies on fingerstyle guitar studies and on the recording arts, producing several fantastic musicians in the state of Connecticut while developing a reputation as a freelance bassist.

In 2018, Sean released his debut album everybody shares a name, available to stream and to purchase on his website. Self recorded, performed and produced, everybody shares a name (2018) takes its lead from the classic golden age songwriters of the mid-late 20th century, all the while nodding towards a style that lives a bit more left of center. GOODNIGHT BLUE MOON’s most recent album Dawning Dream (2018) also features Sean’s work as a producer, recording engineer and co-mixing engineer. In 2019, Sean began working with alternative rock band BRONZE RADIO RETURN as their touring bassist and backing singer, playing notable venues such as The Bowery Ballroom (NYC), Great American Music Hall (San Francisco), The Sinclair (Boston), as well as a live performance on AUDIOTREE and in their low light sessions. Sean is expecting to release several new albums throughout 2020.

As an educator, Sean is very active throughout Connecticut as a bass, voice, and guitar teacher. Many of Sean’s students have continued their studies in college after winning positions in all state and regional festivals, and all of his students have walked away with an increased love for music in many of its forms. Sean believes that a student will only grow musically if they feel the urge to do it themselves, which he hopes to enable in his students by exposing them to lesser known musical works and by prioritizing the art of performing with conviction, regardless of style or instrument.