Jamie Marci has been a freelance horn player and instructor in Connecticut since 1999. Born and raised in the Midwest, she moved to the east coast after completing her Bachelor of Music degree from the University of Missouri-Columbia. During her four years in Columbia, she attended the Aspen Music Festival for two summers and studied under John Cerminaro. The graduate program at the Hartt School of Music brought her to New England and the freelancing and teaching opportunities have kept her there. In November 2003 she won a position on the Hartford Symphony’s substitute list. She is third horn with the New Britain Symphony, the Bristol Symphony and the Wallingford Symphony and has also played with the United States Coast Guard Band, the Bridgeport Symphony, the Ridgefield Symphony and for Josh Groban and LeAnn Rimes.

Nancy Brown’s passion is working with students of all levels from beginning to advanced, as well as adults revisiting the instrument they loved years past. Her dedication is expressed through patience, encouragement and experience. Brown specializes in embouchure adjustments, including braces, breath control, and rhythmic comprehension. Realistic goals are set and a pathway to achievement put in place. “I enjoy watching my students grow not only as musicians but as people.”

Brown has enjoyed an expansive career playing supporting performances with Ray Charles, Gladys Knight and the Pips, Sergio Frankie, Frankie Valley and the Four Seasons, and the Beach Boys. Her diverse playing career has taken her to the Kennedy Center in Washington D.C. and to Carnegie Hall, as well as seeing the country through the National Tour of Sugar Babies. She served as Lead Trumpet at the Goodspeed Opera Hours for 23 years and was sent to New York to play several shows the Goodspeed produced on Broadway. At this time, she was active in the recording industry there. 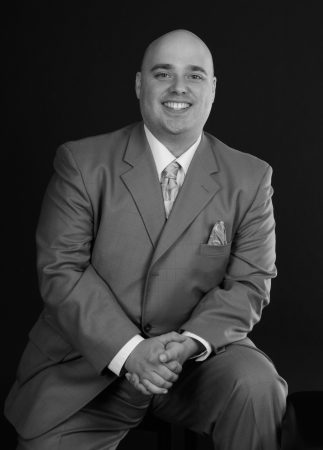 Lauded as a “musical polymath” by the New London Day, Terrence B. Fay has been a professional trombonist in Connecticut for over 20 years.He is currently principal trombonist of the Eastern Connecticut Symphony Orchestra and Opera Theater of Connecticut, and assistant principal trombonist of the New Haven Symphony
Orchestra.He has also performed with the Ridgefield, Waterbury, Wallingford, Norwalk, and Greater Bridgeport Symphonies, among others. Mr. Fay is also an active tenor vocalist. He has been a soloist most recently with the Eastern Connecticut and New Haven Symphony Orchestras, as well as Con Brio Choral Society, Capella Cantorum, and the Greater Middletown Chorale. He made his operatic debut in 2017 as Spoletta in Connecticut Lyric Opera’s production of Puccini’s Tosca. He is currently a member of the Schola Cantorum of St. Mary’s Roman Catholic Church, Norwalk, CT. Mr. Fay is currently on the faculty of Southern Connecticut State University, and the Universities of Bridgeport and New Haven, while also teaching at Summit Studios in Manchester and in the Waterbury Symphony Orchestra Music Mentor Program.
Facebook Instagram Youtube
Copyright 2022. Summit Music Center. All Rights Reserved.